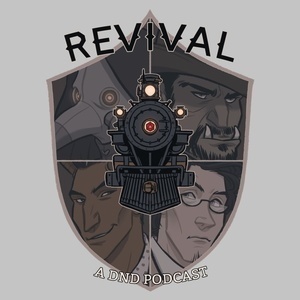 DEEPER in the depths of the Ouchita River, Patton's most well kept secret is revealed! Also there's holy relic that does some stuff and a lot of people fall to what very well may be their death, but more importantly what's going on with Patton? Is that some kind of bird adjacent thing?

For all the places we host the show at check out http://www.lmtya.com